Lately, it feels the world is awash in re-branding: Dunkin’ Donuts wants to be known as only “Dunkin’ “; Weight Watchers is now “WW”; Papa John’s fired their CEO and has a new logo. Re-branding used to be tweaking a logo’s design to bring it up to date with current trends or pivoting the business to a new product. Today, rebranding is also about correcting past perceptions and mitigating missteps by management.


Let’s take a look at these branding changes and their companies’ rationales:

Dunkin’ Donuts says it wants to be known more for fast coffee than donuts. As of January 2019, they will be known as “Dunkin’ ”. A common consumer response to the change was: “That’s what we already call them!”

The pink and orange color palette and rounded font remain the same. But product changes are being introduced, such as cold-brew and digital ordering kiosks. And Dunkin’ is not likely to suffer from the name change. Starbucks and McDonald’s are its main competitors, who don’t really ‘do’ donuts. In fact, for the last 8 years Dunkin’ has been the number one retailer of coffee, donut and muffin servings, selling 2.9 billion donuts and donut holes per year. They know what they’re doing.


In 2018, Papa John’s founder and CEO John Schnatter resigned due to a racial slur he made during a media training conference call. They removed Schnatter’s face from all marketing materials, and implemented company-wide unconscious bias training (similar to Starbucks in spring of 2018).

The company then rebranded, by redesigning the logo, shortening the tagline and dropping the apostrophe in “John’s” to become “Papa Johns”. It seems to signal the end of Schnatter’s ownership, even if grammatically incorrect. The new logo has the same red and green, but is vastly different from the original and nothing to write home about (neither was the old one).

How will Papa Johns weather this change? According to the company, “sales would continue to struggle in the first half of 2019, but will improve by the second half.”

After 55 years, Weight Watchers actually changed their name to “WW” in 2018, stressing wellness instead of dieting. Their new tagline is “Wellness that Works”. But who wants to pronounce “double-U double-U”?

Changing a corporate name is very risky. Brand experts say to never shorten a brand name to initials if consumers haven’t already shortened it for you (remember KFC?). Predictably, the new name has cratered WW’s shares: The abrupt change negatively impacted their first quarter, which is the crucial diet season after the holidays. “It’s gone from being a high flying growth company to being a beaten-up kind of turnaround situation,” said Linda Bolton Weiser, an analyst at D.A. Davidson & Co.

Oprah Winfrey, a major WW shareholder, has been called upon to rescue what CEO Mindy Grossman characterized as a “poorly executed marketing campaign”. WW’s social media accounts and website now say: “WW. Weight Watchers reimagined.” They’re still busy trying to explain the name change. It is likely be a long slog to regain their footing.

“If you were starting a new brand now, sure, you could become more of a lifestyle program,” said Laura Ries, co-founder of consulting firm Ries & Ries. “You have to deal with who you are today. It’s very hard to change a brand.”

As a business owner, it’s worth it to put time, effort and dollars into building and protecting your brand. Unforeseen circumstances and a changing culture may be reasons to rebrand, but then again – maybe not. Think long and hard before you take steps that may make things worse. 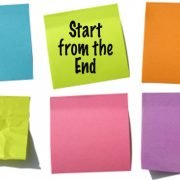 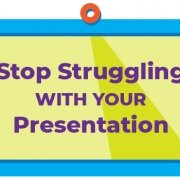 5 Tips for an Easier Slide Deck

Anatomy of a Logo 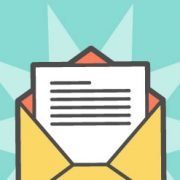 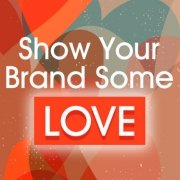 Show Your Brand Some Love

How to Use Images in Your Collateral

Keep Your Eye on the Ball
Scroll to top